A roadmap to higher education reform via autonomy 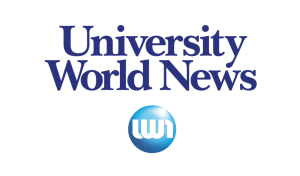 The quality of Ukrainian higher education and its academic integrity depends on the implementation of university autonomy. That autonomy is a central feature of the Roadmap to Higher Education Reform published last week and developed with leading national experts in response to the OECD Reviews of Integrity in Education: Ukraine 2017 report.

It has been a key part of recent protests and campaigns by the academic community in Ukraine: in the framework of the Consortium for University Autonomy (2005-10); in the mass protests against the authoritarian draft law ‘on higher education’, which was proposed by the then minister of education and science Dmytro Tabachnyk in November 2010; and in the all-Ukrainian campaign ‘Against the Degradation of Education’ (2010-13).

University autonomy has long been viewed as crucial to increasing the quality of Ukrainian universities, ensuring their international competitiveness and democratising university life.

The concept of comprehensive university autonomy (including academic, financial and organisational autonomy) was incorporated into higher education legislation drafted by a special working group in 2012 and later finalised and adopted by the Verkhovna Rada, Ukraine’s parliament, in June 2014 after student protests in February 2014.

The same reforms were sought by student activists who occupied the premises of the Ministry of Education and Science of Ukraine at the time of the Revolution of Dignity in February 2014.

University autonomy means that the state renounces its right to intervene in the operational activities of higher education institutions, but recognises key principles of university life such as trust, respect and openness.

It also means that the state hands over responsibility for the quality of education and research, along with the necessary organisational and financial tools, to universities as self-governing institutions and that state, private and municipal higher education institutions have equal rights and responsibilities.

However, the implementation of the 2014 Law On Higher Education came into conflict with the interests or wishes of conservative groups of politicians, government officials and university administrators who wanted to maintain the status quo.

In Ukraine, no real mechanisms for healthy academic competition have been introduced and a university’s professional reputation has not yet assumed a central role in the higher education system.

While academic autonomy tools have been implemented in higher education institutions, universities have found their financial autonomy blocked. As a result, qualitative changes in academic life have not materialised and leading Ukrainian higher education institutions still have no foreseeable prospects of rising up internationally recognised rankings.

For many years now Ukraine has been witnessing the uncontrolled massification of its higher education system. Today, up to 80% of graduates from Ukrainian schools enrol at universities – a record number in Europe and beyond.

But this massification is accompanied by an infantile attitude to their studies: about 50% of students lack any particular motivation for doing their course or confess they just took their parents’ advice or just enrolled to get the stipend money or a diploma. Only about 14% of university students say they are “probably” or “most likely to” work in a field related to what they are studying.

The Organisation for Economic Co-operation and Development (OECD) points to various manifestations of a lack of integrity in academic life in Ukraine.

In the OECD Reviews of Integrity in Education: Ukraine 2017, the OECD cites abuses related to admission to bachelor’s and masters programmes, bribery, plagiarism, cribbing, use of ghost writing and inadequate assessment of student achievements by faculty, including the lack of transparent criteria for assessment.

The OECD recommendations include the creation of an up-to-date system of external and internal (university level) quality assurance of higher education, reform of the funding system and the introduction of a proper appeals procedure for students who disagree with their assessment results. It is important that the OECD approach to remedying the situation is not based on punishment, but on the need to eliminate the causes of the various abuses.

These higher education institutions should be at the centre of all necessary economic, political and social changes. The government, the public, the expert community and the media must come together to promote this agenda.

Special attention will need to be paid, during the transition period to real university autonomy, to the process of essential transformations required in academic life and to the many potential risks.

As the number of universities decrease and quality increases, Ukrainian universities will gradually take over more and more responsibility from the state with regard to quality. At present it is, unfortunately, the state, and the state alone, which formally (although not factually) guarantees the quality of diplomas of all institutions of higher education in Ukraine.

It is necessary to understand that financial autonomy will prompt further reform. In particular, it will be necessary to:

University autonomy is vital for the development of high-quality universities. An alternative, authoritarian Russian style of governance with no academic autonomy or freedom of thought is detrimental to Ukraine.

The success of Ukrainian reforms depends on countering the various forms of lack of integrity in university administration and academic life. This requires the involvement of Ukrainian universities in global competition, a necessary precondition of which is to create a contemporary system of quality assurance which reflects the best European and global standards.

This process must be based on the Standards and Guidelines for Quality Assurance in the European Higher Education Area, adopted in Yerevan in Armenia in 2015.

The Roadmap to Higher Education Reform in Ukraine stresses that Ukraine must focus on global education challenges, such as the provision of value-oriented education, sustainable development and the need for cultural diversity.

The main idea of the roadmap is to create a pool of academic excellence. The first world-class Ukrainian universities should emerge from this pool and they should seek to form the national leaders of the future. To do so, Ukrainian universities should ensure there is proper leadership at all levels of their own administration, align their goals, missions and strategies and create a more accountable internal culture.

Further reform of higher education is possible only if full financial autonomy is introduced (and monitored by independent audit) and equality of rights and responsibilities in all higher education institutions is ensured.

This means the ability to dispose of one’s own funds, starting with depositing them in bank accounts and refusing the State Treasury services. It also means deepening public and private partnership, enabling and encouraging the creation of university endowment funds, and strengthening the positions of the supervisory boards.

Changes in higher education will pave the way for a new generation of managers and scholars who do not even compete for university rector (president) positions today.

At the same time, the state must stop financing poor-quality institutions. For that to happen, a list of transparent quality criteria should be created jointly with representatives of the leading world universities, taking into account the needs of industry and national policy on scientific research.

The centralised government-funded Soviet system must be replaced with basic funding and other ways of public funds transfer to the best universities, educational programmes, research projects and social welfare programmes.

The role of the state will grow during the transitional period as it will need, for instance, to disseminate the best international practice in financing higher education; share successful experiences of transition; highlight universities acting as ‘agents of change’ and assist in establishing close partnerships between leading Ukrainian higher education institutions and world-class universities.

There is an urgent need to institutionalise internal and external systems of quality assurance and to promote a tradition of internal ethics supervision.

Ukrainian legislation requires substantial amendments because when it comes to plagiarism cases Ukrainian courts take no notice of laws related to education and academic research. Starting with high school, an ongoing awareness campaign is needed to stress the importance of ensuring academic integrity norms.

The roadmap emphasises that only a strong university can be of high quality. Therefore, along with ensuring financial autonomy, the need for integrating academic research and teaching, which were artificially separated in Soviet times, will become a priority. This will strengthen academic research.

The roadmap also specifically mentions the requirement that universities comply with the legislation on the use of the Ukrainian language. This is an extremely sensitive issue for post-colonial Ukraine.

Special attention is paid to the importance of English and other foreign languages for enhancing Ukrainian higher education since languages can help Ukraine become an integral part of the global academic environment, allowing the unlimited exchange of ideas, technologies and practices.

The final section of the roadmap concerns the issue of freedom of thought in a contemporary Ukrainian university. This is particularly important considering the political culture in Ukraine today and the need for a strong civil society focused on critical thinking and freedom of speech.

Universities should become platforms for independent intellectuals and secure their protection and promote their participation in public discussions. In fact, every higher education institution should act as a disseminator of informed discussion and facilitate communication between different social groups within the university.

Dr Serhiy Kvit is head of the ‘promoting reforms in Ukraine’s higher education in terms of the development of academic integrity’ project, which developed the Roadmap to Higher Education Reform. He is a former minister of education and science of Ukraine (2014-16) and is a current professor and former president of the National University of Kyiv-Mohyla Academy (2007-14).